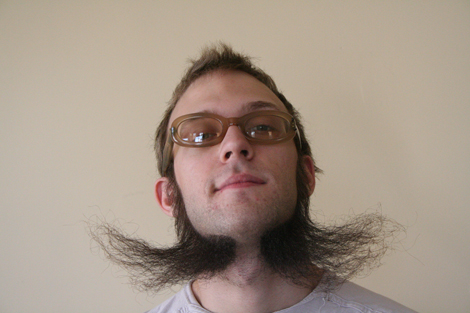 DANNIBAL (WFWF007) is Rjyan Kidwell’s dream over Steely Dan. A pull and a retch from a slummy gut. A series of releases and repetitions. Testimony and disillusion. And over and over again, over all, a full piece of positively dystopic techno. Killer opening track and quite possibly the best album from Cex so far. Definitely grab this and plug it through some headphones. Cex is Gustav Mahler and Tristan Fabriani.

We have recently seen more than a few crafty young lads launching themselves to minor idol hood using the once-forbidden technique of the unauthorized remix. Today, mash-ups can be heard in television commercials and at high school proms… but in a dirty corner of Baltimore known as “Roland Park” (because of its surfeit of analog synthesizer enthusiasts) Rjyan Kidwell —aka Cex— has remained dedicated to the blasphemous spirit of the technique’s origin.

On his new long-player DANNIBAL, Rjyan doesn’t just conveniently ignore laws concerning intellectual property rights, he revels ecstatically in their flagrant desecration. Cexman straight-up mutilates a suite of jazz fusion classics, splicing, chopping, and thumbscrewing them as he forcibly subverts their will unto his own. Most repulsive of all, though, is that it is clear from the obsessively-detailed nature of these sadistic remixes that Cexman believes his heinous crime is ameliorated (or even justified!) somehow by the passionate love he feels for the jazz fusion originals. As if, surrounded by six obscenely violated jazz fusion hits, Cexman affects a European accent and suggests that he is not a dangerous criminal but a dedicated lepidopterist— just like other postmodern perverts like Vladimir Nabokov and EB Ford have tried to do in the past.

Despite the highly accessible sound of these audio perversions, there really aren’t any other electronic music producers out there today who commit crimes against hit songs with anything close to the levels of lustful depravity exhibited on DANNIBAL.

The good news is this: because the accompanying artwork has been exquisitely letter-pressed by fellow traveler Robot Neutron, Cex’s new record is only available in an edition of 100 cassettes and 500 LPs. If we act quickly, upstanding Americans can purchase all of these copies and destroy them, swiftly (and legally) denying Cexman the free press that would indubitably accompany a protracted court battle.

CEX has released many full-lengths on TigerBeat6 (a label he helped to create), Temporary Residence, Jade Tree and Automation. 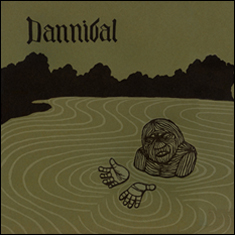