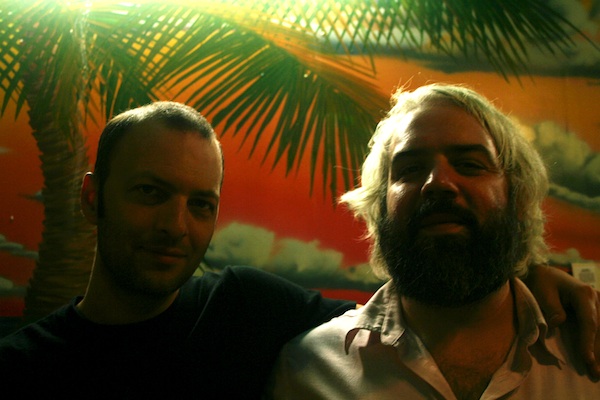 This must be a release intended to transcend city limits, because no one within Baltimore’s musical rhizome would even have use for a one-sheet about Jason Urick and Jason Willett. These two men each operate or have operated the best record shops in our uncommon city (Once Twice Sound (R.I.P.) and The True Vine, fyi) have lived and breathed musical curiosity for years, and have endless friendship and R.E.S.P.E.C.T. worldwide because they know how to give back just that and do it generously, naturally, everyday. They are humbly prolific creators and mentors., humor-full, dedicated, perfectly-awkward living monuments for music (for sound) extraneous of music media and the market gambit.

Jason Urick is a hold-steady of Floristree, Baltimore’s all-year-tropical warehouse life & show space, where he has hosted innumerable events, including Full House Fest (a collaboration between J.U. and Wildfire Wildfire to bring a live Cluster into our gigantoid living room) and was the ambient mouse work and man behind the smoke of WZT Hearts. This same Fall, he celebrates his first full-length, Husbands, a stab at pop, to be released on Thrill Jockey Records. He is the little boy in the red fireman’s hat.

Jason Willett has the eyes of a spirit reincarnate in this world, an incredibly absorbent sponge that you are invited to squeeze and drink strange wisdom from   He is the mouthpiece of the Megaphone label, a former member of Half Japanese and current member of Leprechaun Catering, recent tourmates of Matmos. He has recorded thousands of songs on thousands of instruments with dozens of collaborators (11-year olds and ducks included). On this track, he plays the Moisturizer, a handmade spring reverb manipulator becoming the new popular tool in Baltimore head dens. He is the devious cherub in black and white.

This split is in the lineage of Friendship/Trips 2 & 3: 70g vinyl, letterpressed reverseboard, a homage project.

Jason Willett at the True Vine 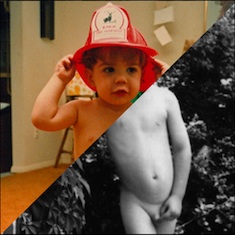