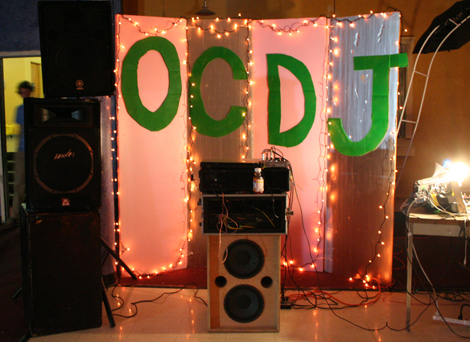 “Do you know someone with obsessive-compulsive disorder? I am starting to wonder if it should be classified as a disorder. Wouldn’t the world actually benefit from an epidemic of OCD? Imagine how clean our hands and feet would be. The entire military-industrial complex could be converted to sock production and recycling. Cops would be too busy trimming their mustaches with tiny scissors to be assholes. Jails would be converted into OCDetention centers, and the illest “inmates” would be chained to laptops and forced to write the music that would eventually solve world peace.

Dan Gaeta, aka OCDJ, is ahead of the curve in this fantasy world. He regularly and voluntarily chooses solitary confinement, either in his Baltimore cell or within the cabin of his tiny sailboat, where he takes small steps to alleviate his massive debt to society. Dan survives these incarcerations by hand-crafting the smiliest, roast-beefiest beats, basslines that make you shit a brown tone, but you don’t have to wipe, and melodies that fly so well birds look like idiots. On top of all this, he dices and layers voices that ya prolly herrd even if you live in the vanilla suburbs – Three 6 Mafia, Kelis, Rich Boy, Young Buck and Crime Mob to name a few.

The end result is the best dance music since Ska Wars (the band RJD2 started in 1981 London with Mega Man, Scrooge McDuck and Yoda). Dance you will, if you are lucky enough to catch an OCDJ show. In performance, he mixes himself up on a laptop, hiding his face behind the furry skins of animals he slaughtered himself, sometimes adding the eye-candy of alive drums and animated projections. Go see OCDJ live before he finishes repairing his decrepit sloop and sails off the edge of the world.”

– Kevin O’Meara (Video Hippos) for Tiny Mix Tapes, circa a few years ago.

A former dj of WFMU, Dan Gaeta is currently on tour with the Atlantic Ocean.

OCDJ lives on in the few copies of HOORAY he left un-purchased and un-scratched in the little world he left behind.   R.I.P.

OCDJ’s first full-lengh, Pins and Things was self-released. His third full-length, the killer, more refined What’s Good, is currently unreleased, but may someday see the light through WILDFIRE WILDFIRE. 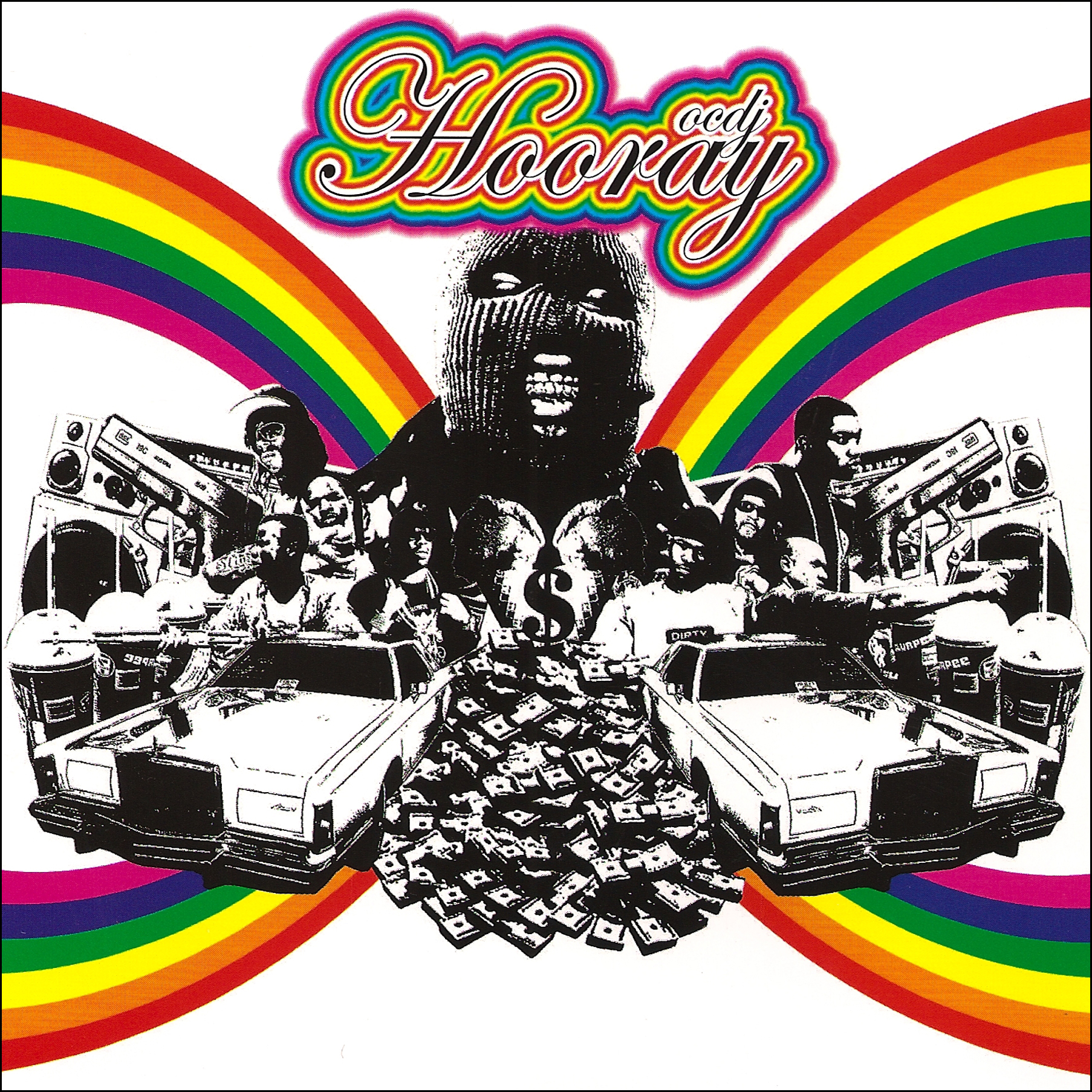