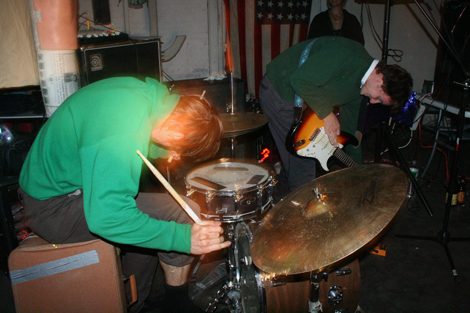 “Teetering on the fringes of happycore, techno and noise, the Baltimore duo Video Hippos have concocted heavy pop sounds on their debut, UNBEAST THE LEASH. Jubilent at points, dark at others, Video Hippos seem to have a sense of foreboding about the future. Some could point to hints of Manchester, and possibly Providence, but the end result is ultimately Baltimore City and the Video Hippos’ home in Wham City.

As their name suggest, Video Hippos perform live with both audio and video. Backed by a giant screen while performing, the band projects personal and pop culture video collages in synch with the music. Though captivating, it’s hard to distract from the stick skills of drummer Kevin O’Meara and pop weavings of guitarist Jim Triplett. Pummeling hsi 4-piece kit with precision and power, O’Meara draws drooling mouths agape, as well as creating the centerpiece for the Video Hippos ballads. With beats in place, Triplett works in waves of guitar melodies either via 6-string electric or a small toy guitar. Sampled beats and tones fit snuggly between the two while both Hippos share vocal duties.

Cloaked in bouts of joyous mania, Video Hippos’ debut at first glance would seem a pop album, but after a couple listens you realize there is so much more going on here….they are trying to warn us.” — Monitor Records

The fourth release for WILDFIRE WILDFIRE, Unbeast the Leash is an LP licensed from Monitor Records.

VIDEO HIPPOS have toured the USA several times and have toured Europe. This band lives on the road.

Tour partners have included Dan Deacon, OCDJ, Sewn Leather and everyone in Baltimore. 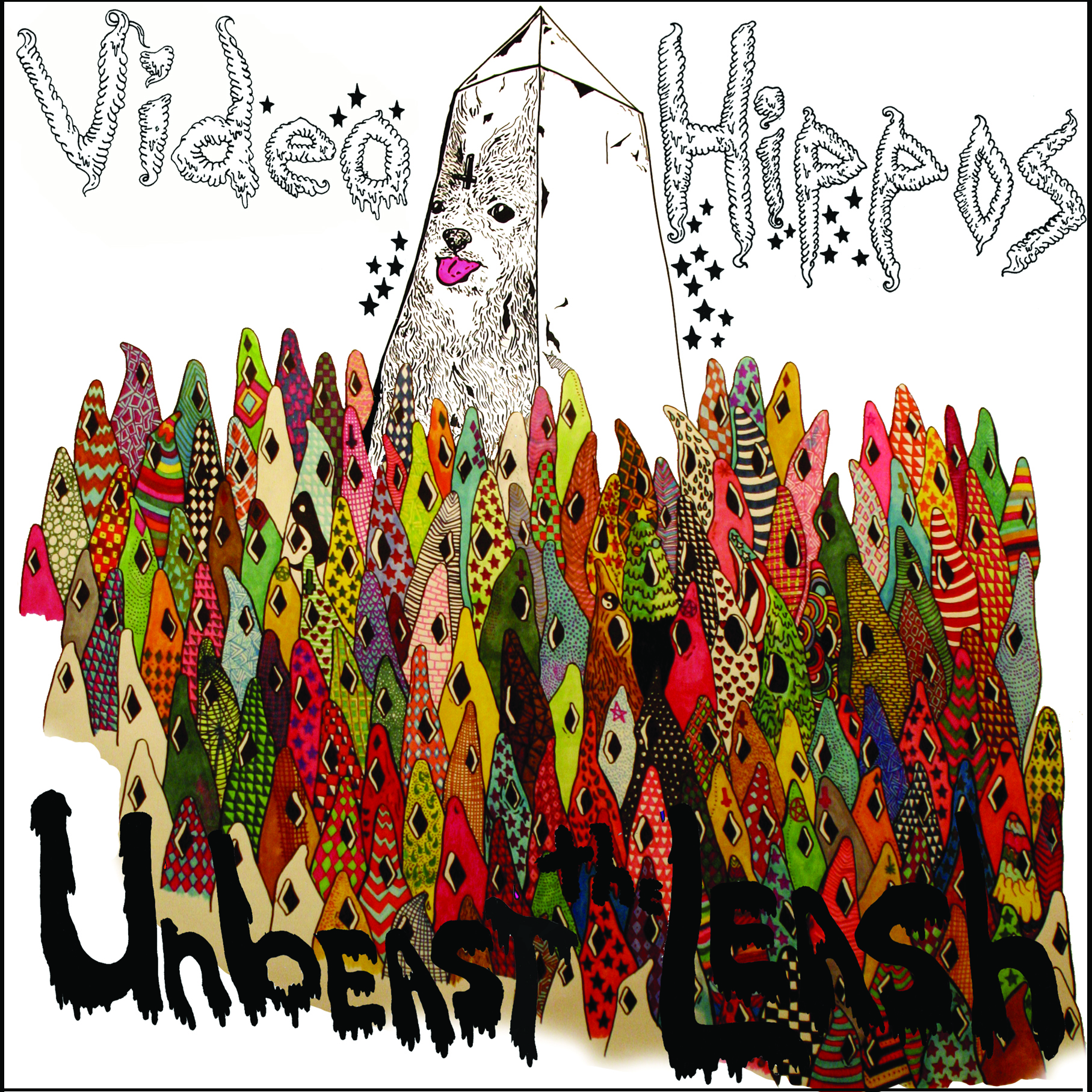